Peruvian talent on Google: "I want Peru to be a technological power"

Peruvian talent on Google: "I want Peru to be a technological power" 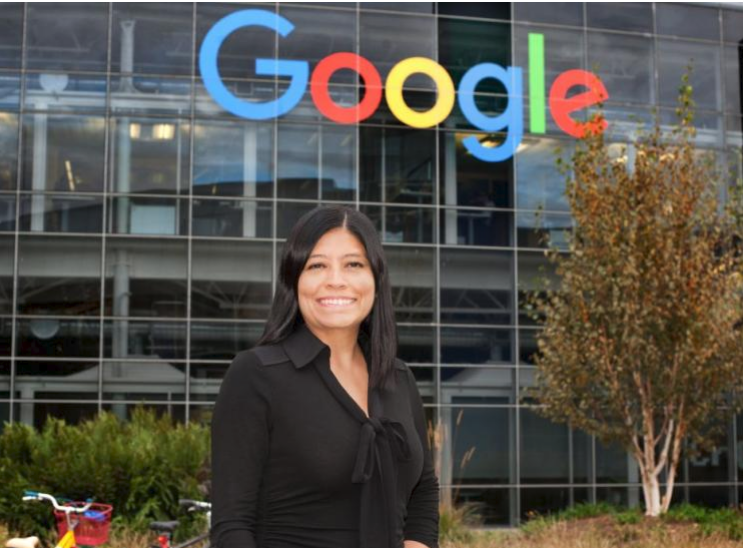 The engineer Rosalva Gallardo, who arrived in Silicon Valley 12 years ago and now watches over the privacy and data security softwares in a technological giant.

In 1998, while studying engineering in Lima, Rosalva dreamed of working in Silicon Valley. In 2006 he obtained a scholarship that allowed him to study a graduate degree in California; before finishing I was already working at Intel and a year ago Google hired her.

"The day I arrived in Silicon Valley was like a dream. What's more, until now it is, but also a responsibility, "he says during a call.

- What is your work in Google?

I watch over the privacy and data security software in the cloud. It is challenging because I live thinking of solutions for problems that have never existed before.

-How was the dream of working in Silicon Valley born?

In a university class I heard that there were the largest technology companies in the world. I remember that I told my colleagues that I would go to work there. Google's dream started when I was already doing my PhD and started experimenting with its tools.

- Is it still necessary to leave Peru to succeed?

Now it is a personal decision. There is much to explore both outside and inside the country. In addition, you can contribute a lot while being in both places. But being in Peru is no longer a restriction to innovate, thanks to the Internet. Before it was more difficult, there was not much access to information and that is why some of us had to emigrate.

- Two years ago you co-founded PeruSV, a network of Peruvians that works in Silicon Valley. How was it born?

It was born when I arrived in Silicon Valley, about six years ago, and I tried to connect with the Peruvian community here. One day I went to the Consulate of Peru in San Francisco to renew my documents and asked to speak with the consul to ask him, he said that he was the third person who had asked that and put me in contact with the other two. There we decided to create the network, we seek to build a bridge of technological knowledge between Peru and the USA. for the benefit of the Peruvian community. We started being three members and now we are 60, in different companies. Among the activities that we organize is the Techsuyo, it is an annual conference of Peruvians on science, technology and innovation.

-What is your dream with this initiative?

My personal goal, and in the very long term, is that Peru be a technological power worldwide. For this, we contribute with the knowledge that we hope will be applied in Peru; But what should really change in education issues will be to develop critical thinking and be tolerant of the ideas of others. But, above all, the mentality.

"TO BE A POWER, IN ADDITION TO CHANGE IN EDUCATION AND MENTALITY, WE MUST FOCUS ON VALUES".

- Being a woman was a barrier in your career?

It is not a profession in which you see many women. But you do not see many Latinos either. Fewer still Peruvians. I would like to change that. The truth is that I like to think more about opportunities than barriers, it is an opportunity to change. In college I was the only woman on the team, but it never meant a problem for me, I did the job in the same way, I never felt discriminated against. When I went to work was the same, I was the only woman and also young in the directory of Novatronic. It helps a lot the mentality with which these types of challenges are faced; It is a responsibility to change this, to try that other Peruvians, other Latinas, are part of this transformation.

-Where is the technological future oriented?

Towards the way in which we interact as a society. The cloud attracts my attention, it makes available to the entire planet infrastructure previously limited to a few. Another thing is the autonomous cars, I think that summarizes everything that we have been achieving: artificial intelligence, algorithms, the Internet of things. These technological leaps will generate changes in the laws and policies that we have known up until now.

Let's talk about your project!

We are always available to answer your questions.